well I'm playing TF2 and Call of Duty 4 which is really creepy but such an eye candy game. I love distractions on holidays- Happy holidays everyone!
Posted by Erik D. Martin at 5:55 PM 12 comments:

pretty much done with classes for this term! yay! more junk to post later -now its drinky time. plus I'm 25 now- getting closer to death ! 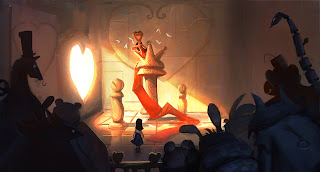 Time for another update! Midterms are just about over I think.....at least I hope so. Here some stuff from various classes n such. 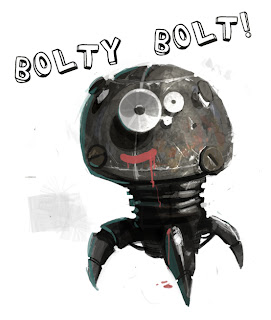 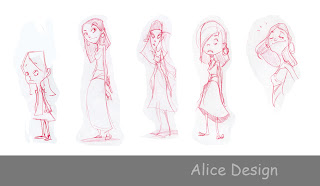 A few Alice design- I couldn't figure out if I wanted to go more cartoon network style/or french animation style. In the end I think I made a mix of the two . In my version of Alice in Wonderland , Alice is a small Gypsy child who wonders into wonderland which is run by mechanical toys. 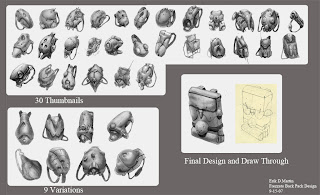 I guess I just wanted to plug in what we had to do for this assignment: You had to draw in Frazzato styl so first you do a sketch- then you go over it with graphite dust-then you scan it in and finally sprinkle a little photoshop magic on it and then do a draw through....in one week....with 5 other classes breathing down you're neck. It was tough but I learned a lot so it was worth it. 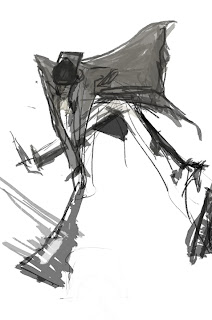 Holy god damn Christmas I have internet again! Since we moved to a new place we pretty much haven’t had any internet for a month. All i can say is ATNT customer service is by far the worst beast we ever had to face. Pretty amazing me and my roommates didn’t go wildly insane.

Anyways back to posting junk/throw away sketches yay! 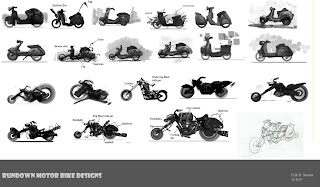 I haven't posted in a while yiikes

I been really busy with just every day life stuff- I thought this would be fun to share: It's a bike gathering called "Critical Mass" where did we ride? hell if I know...there is no set directions. We just follow who ever is in lead apparently. It was quite something to travel around LA ,with several hundreds bikers ...not to mention taking up 2 lanes of traffic and pissed off drivers.

any new case here's some new stuff a rooz its a bah painting but rather than delete it I'll just post it here for mocking purposes.
Posted by Erik D. Martin at 12:59 AM 4 comments: 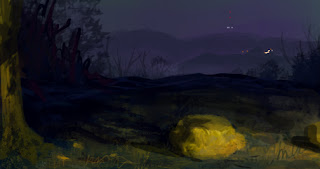 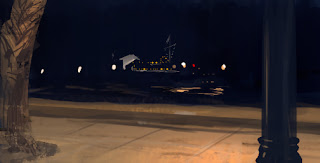 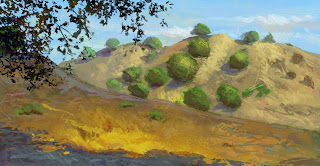 These are some landscape paintings I did (one night time) and the other at Malibu Creek State Park. I only had an hour at most so the rest was painted at home.
Posted by Erik D. Martin at 1:09 AM 7 comments: 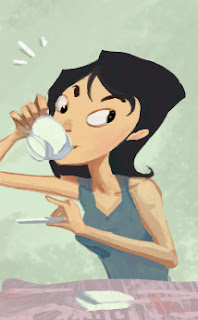 Recent stuff from sketching class- It's base off Baron munchausen. I should in theory have the characters up sometime soon hah. 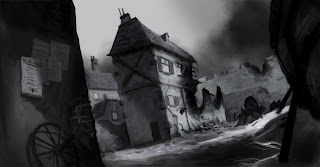 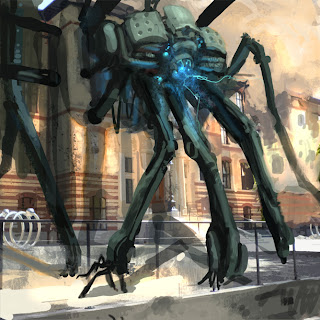 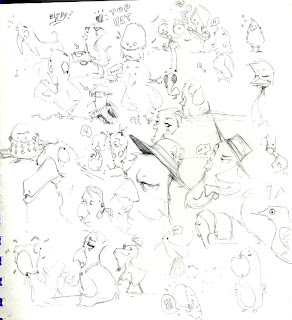 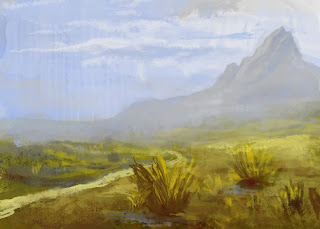 Rather than make a new post Here's a quick painting from Rohb's class today. wheee! an hour painting from imagination. good times.

It’s been a while since I posted anything…hah. Lately I been really busy. This is supposed to be my last term off .. but I TA two class and work a dead end job with little time for myself...So I guess being in term will be my only break haha On a brighter note I'm helping Kazu Kibuishi with Amulet which is looking amazing! http://www.boltcity.com/ you should definitely check it out when the book comes out! excitement!

As for the piece it was just a bedtime doodle with a slap of random color.

Yep! Going to drool over some major art work. The weather seems to be really sucky compared to Cali but bah I'll manage.

This WW1 painting was done for random fun.

wolfie here is a test for a pop up page. I just want to try my hand at making a pop up page to impress someone that won't be easily impress by my crappy paper craftsmanship. 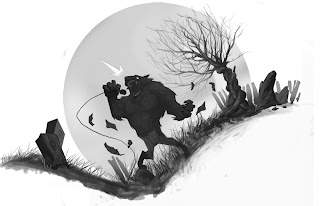 I haven't had a chance to post these since I kinda want to rework them a little. This is still part of the whole James Bond project. 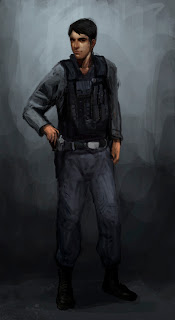 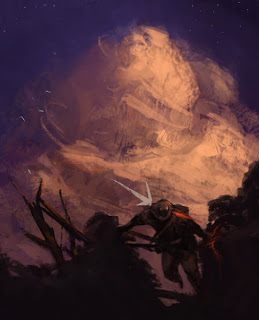 This was a fun random speed painting. (ww1 trench)
Posted by Erik D. Martin at 1:10 AM 2 comments: